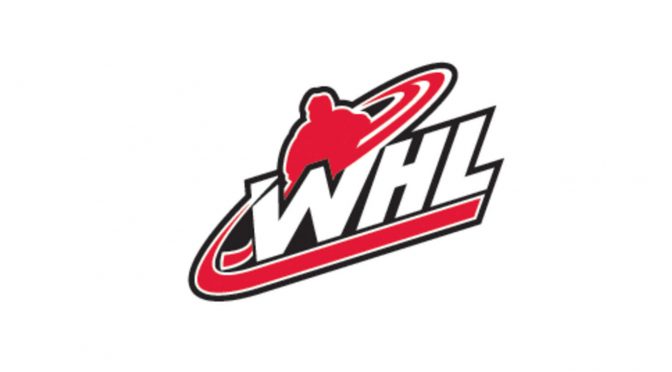 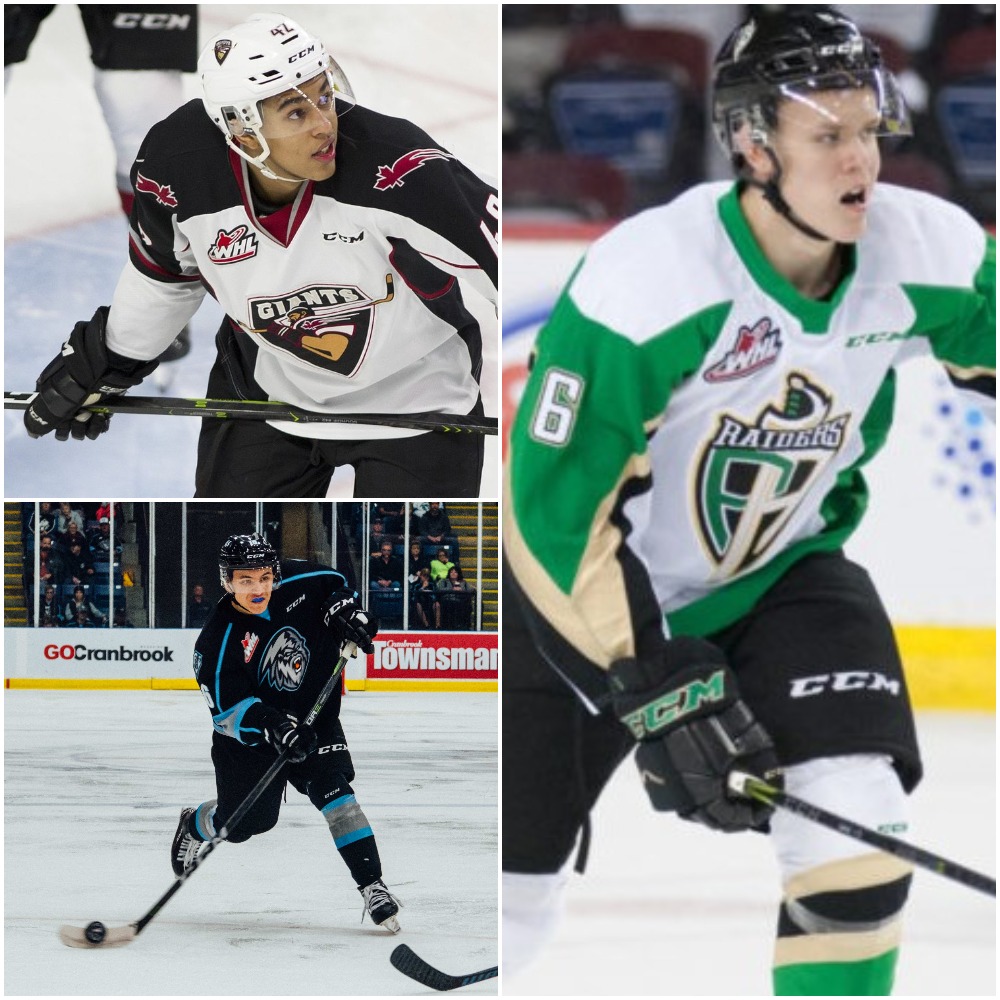 Welcome to the first edition of my top ranked WHL prospects for the 2020 NHL draft!  My buddy SPR was looking for someone to keep an eye on the WHL for him this season and so I’m going to be that guy!  And even though I’m saying WHL, I’ll also be keeping a close eye on the tier II junior leagues in Western Canada as well.

Not the sexy class of dub kids that we just saw with the 2019 draft class, but at this point, I wouldn’t call it a down year for the league either as 2018 was.  It’s probably deeper than last year’s was, with as many as eight kids of this top ten getting consideration for spots on my initial top 32 list for the 2020 draft.

A couple things before I get to the list.  I didn’t do comparisons for the kids this time around as my comp’s tend to change drastically as the year goes on, I have more viewings, and simply more information in general.  Also, even though this should go without saying, I look at this as if I were a GM.  So I’m projecting, and I’m considering not necessarily need but things I view as most valuable.  If you want to see who the best point producers are of these kids, the WHL has a quality website and others do as well to check out the stats.

He’s number one for me.  I know he’s not for most, but at the moment I have a difficult time putting him behind anyone in the dub given his overall pedigree.  Guhle was the number one pick in the 2017 WHL draft, captain of the U17 team, and a VERY complete defenceman.  Obviously, he doesn’t have tremendous stats, but a lot of that was the team he played on this season.  Guhle had to take a backseat to many this season as the only regular on the Raiders blueline who wasn’t a 99 born kid.  A phenomenal skater who is already very effective in his own zone and loves the throw his weight around.  The big thing that everyone will be watching with him this season is whether or not the offence is going to come.  His puck skills are a bit in question at this moment, but I’m personally willing to cut some slack to a kid who was in his situation this season.  Had he been playing for most other teams in the league, he’d have seen a lot more quality minutes.  Even without improving his puck skills however, he will be a very solid pick.  However, if those do come around, the offence should follow.  And if the offence comes, the scouting community is going to be gushing over him.

For me, Sourdif was the only one in consideration for me with Guhle for top kid in the WHL.  When you look at the numbers with Sourdif, keep in mind most of his damage was done either five on five or PK (20 goals, 20 assists).  Really thin at the moment too, Sourdif has the framed to easily put on another 20lbs.  The big thing for Sourdif will be continuing to improve his skating.  Right now, he’s quick, but he’s not real fast.  He’s not slow, but as you can read he is currently listed as 5’11 so if you’re drafting someone sub 6’0 then you hope to get a great skater.  The stats indicate he isn’t much of a playmaker, but in my opinion, those numbers were hurt by having to play most of the season on the wing and playing a game the Giants needed.  I see him as a natural centre and expect his assist totals to really shoot up this season, especially given much more PP time.

2nd overall in the 17 draft behind Guhle.  Tough to judge playing on such a terrible team last season, it wouldn’t stun me with the Ice now being on much more solid footing as an organization if McClennon were to rocket up some scouting lists.  The downside is that a lot of McClennon’s points were on the PP (3 goals, 8 assists).  The upside is that 12 of his 15 assists were primary.  He was also terrific at the U-17’s last year, putting up 8 goals and 11 points in 5 games.  I’d say that tournament gives you a much better indication of what McClennon is playing on a competent team.  He’s a sniper.  He has a hell of a shot.  Zero issue with getting his nose dirty and going to the tough area’s on the ice, and while his top speed isn’t elite, he’s an extremely quick player.  McClennon is first in a group of three kids who I had a very difficult time separating.

Just barely edged out by McClennon who got the nod for me mainly due to playing on such a terrible team and being the higher pick in the bantam draft.  But Jarvis had a tick better PPG, much better five on five numbers, and even though both are small kids he has a bit more size.

Wiesblatt is a little different of a prospect than Jarvis and McClennon in that he has a little more size as you can see, and he plays with a lot of edge.  Good numbers in the regular season, and good numbers in the playoffs too with 5 goals and 5 assists in 23 games.  It is so close with all three of these kids.  Wiesblatt was the lowest drafted of the three and has the lowest PPG.  You could also point to seeing some PP time and five on five minutes with some real good players.  But then on the other hand, he’s got better size than Jarvis are McClennon and not just that but he uses that size to play a more in your face and physical game.

Just missing this past draft by 10 days, Zary’s numbers stack up decent against a guy like Kirby Dach on a less talented team than the Blades were in Kamloops.  Zary actually had three more points than Dach at five on five, only playing one more game.  Obviously there is much more to this than the numbers, but that is one big positive for Zary.  At this point in the process however I still need to compare his 2018 numbers to the other kids in this class, and that’s where he falls a little down these rankings as his 17 year old numbers are lower (29 points in 68 games).

I like the size (obviously more so the thickness), and he’s has great hands, but Neighbours best trait is his IQ.  He is an extremely cerebral player.  The big concern I have though is the skating.  I’ll need to see some improvement in his top end speed next season, but if he does that he’ll start getting serious buzz come next season.

He’s 8th right now, but Seeley has the ability to jump all the way to tops on this list in the next 11 months.  This kid has a lot of talent but was stuck in Everett as a bottom pair guy every night.  Terrific skater, and though his puck skills aren’t tremendous, like Guhle in P.A. it could just be a case of not getting to handle it much thanks to a lack of ice time.  This one is much more about projecting than anything.  Others would have guys like Braden Schneider or Daemon Hunt ahead of Seeley, but Seeley has a much higher ceiling than both.

Greig just needs to add strength.  He’s rail thin at the moment.  And because of this, Greig is getting knocked off the puck relatively easy and isn’t generating the power in his stride that he needs to be a good-great skater.  Yet he put up 35 points?  28 at even strength?  14 of the 21 assists were primary?  Keep your eye on him.

Similar to Guhle, Hunt was playing with a very good blueline this past season.  Dissimilar to Guhle however is that Hunt was getting a lot of minutes with Josh Brook and Jet Woo.  That might have helped him out a lot defensively, but also maybe hurt his offensive production.  Only one of those goals and two of those assists were on the PP, while Brook and Woo lit it up on their PP.  Pretty good skater and very solid defensively.

Certainly, the biggest omission from the top 10 as others have him much higher than I.  Hell, I even seen that Corey Pronman gave him a special mention and he only did a top 21 list (top 28 with those extra names) and Pronman NEVER likes this type of player!  For me, 24 points in his 17 year old season isn’t much to get too excited about.  He only missed the draft by five days.  I like his skating, and his defensive play is very sound, but the production is uninspiring for me at this point.  But it’s VERY early in this process, plenty of time to make me look like a jack ass.

Scary good wheels.  His numbers this past season don’t stack up with the other kids in my top 10 so I couldn’t put him in there, but this kid is going to be one of the best skaters in this draft.  He’s going to be interesting to track playing on what I expect to be a pretty good Blazers team.

Obviously he’s in the AJHL and not the WHL, but I’m still going to be tracking him closely this season as I said off the top.  The Winnipeg Ice tried to get him, but in the end Savoie is sticking with the Crusaders and then it’ll be off to the University of Denver for the 20-21 season.  It may have “only been the AJHL”, but leading an elite AJHL team in scoring as a 16 year old is no joke.  In fact, his 73 points were good for 5th in the league.  One scouting service currently has him 80th.  It’s only my opinion, but I’m predicting that scouting service is going to give better “consideration” to their next list.  Dylan Holloway is top 10 for a couple of scouting services right now, no lower than 11th that I’ve seen.  Holloway (who missed being a 2019 pick by eight days) had 88 points in the AJ this season and was only at a PPG pace the year before.  So if he had played the 58 games in 2018 which Savoie played this past season, let’s assume he has 58 points.  So obviously a 30 point in improvement from last season to this.  Savoie has a 30 point improvement and we’re talking about a 100 point player.  The skating is great, the IQ is high, I know the hype is around his brother but the elder Savoie is going to be a damn good one too.

Along with Savoie, the Crusaders also have defenceman and very close friend of Savoie’s, brother of Oilers defenceman Matthew Benning, Michael Benning.  The big thing I can’t take my eyes off of with Benning is the stats in comparison to AJHL alumn Cale Makar.  In Makar’s 17 year old season, he was a shad over a PPG with 10 goals and 45 points in 54 games.  As you can see, Benning put up extremely similar numbers in his 16 year old season (although in fairness, Benning is only a little more than two months younger than Makar was at the time).  However, while the numbers are so similar, the style of play is not.  Makar was as dynamic of a defenceman as you’ll see, while Benning plays a much more understated/cerebral game.