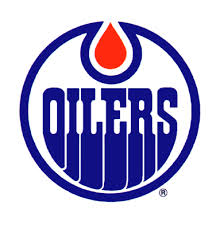 So I have the season preview, that came out yesterday.  But I know what gets hits on my site.  And I’m going on record that for the first time in a long time I believe this team is getting it right.  Will there be a “Deep Ice Horizon Pt. 3” this season?  Likely, I get a little testy with this team when things go off the rails.  But they finally had an offseason that will make a difference.

The Oilers though, they’ve made Montreal look big!  It has been absurd that they’ve had any thought of going anywhere with a team that had no size, and not near enough speed or grit to justify the lack of size.  But no longer is that the case.

They dished out contracts that make Oiler fans a little sick to their stomachs.  Pouliot 5 years/4 mil per.  Nikitin 2 years/4.5 mil per.  They traded for Purcell who has 2 years/4.5 mil per left on his deal.  That’s a lot of coin to dish out for size, but they needed to do it.  The Mark Fayne contract I actually think was a great one for the team, I was stunned that they got him for 4 years at only 3.6 mil per.

Add to the size factor, most of the kids on the roster came into camp much bigger, and the bigs that they have drafted are now showing up on the roster.  Draisaitl, Nurse, Klefbom all made the opening night roster.  Nurse will likely be sent back to the Soo no matter how well he plays, but he’s getting the 9 game audition for now.  Bo Yakimov looked awesome in training camp and is exactly what the Oilers will need playing behind RNH and Draisaitl down the middle.

They enter this season with a much better goaltending situation than they did last year.  Now in fairness, last year Craig McTavish tried to fix the goaltending prior to the season.  He knew Devan Dubnyk wasn’t an NHL starter.  He knew that a lot of the media was being ridiculous pointing out his 2013 .920 save percentage (did you know that by the way?)

Scrivens and Fasth can both make saves, they don’t just block the shot and I know you must be sick of me saying that but it’s a fact.  Neither guy is a true number 1.  But they’re both guys who can get the job done and while it wasn’t my comparison, I love the comparison of Ben Scrivens to Dwayne Roloson.  Roli was a leader, battled his way into the league, and then kept battling his ass off every night he was in net.  Scrivens just has all the qualities you want in an NHL player.

Fasth is playing for a contract this season, so you know he will be giving you his best every night he gets his shot.  And he’s the more talented of the 2 goaltenders.  I didn’t realize how quick he was until he got to Edmonton.

I could talk a lot about the D, and I will.  But the biggest addition to the blueline this offseason was Craig Ramsay.  This is a guy who has a reputation as one of the top assistant coaches in hockey.  Boston Bruins players will tell you that he was the key to their Stanley Cup in 2011 as he got the absolute most out of that blueline corps.

So he’s an addition that the average fan won’t really know about but he could make a BIG difference with this club.  And he’ll have a much better mix to work with than Steve Smith had.  Last year I couldn’t for the life of me figure out what McTavish was trying to put together.  It was as if he watch Johnny Oduya in the 2013 playoffs and thought “I need to get 4 guys like that!”  Now they can actually put a shutdown pairing together.  They have a guy who can hammer it from the point on the PP.  They have…once again….size.

The big key is going to be sticking to the plan and sending Nurse back.  Because make no mistake he’s already one of their top 6 D-men.  But he needs more seasoning.  If he goes back to the Soo he’ll be leading a Memorial Cup contender.  He’ll be the number 1 D-man for team Canada at the World Juniors.  He’ll see a TON of PP time.  And I just think you simply can’t take enough time with D-men, especially a kid with such huge upside like Nurse.

Up front the glarring hole is at 2nd line center and unfortunately Leon Draisaitl looks as though he’ll be rushed into that role, which will just fuel more fire that the Oilers rush all their kids which is true, but more so with the kids who came before Hall and Eberle, not since.  Draisaitl should be on the team, but in a 3rd line role would be ideal.  He would need to have one HELL of a rookie season for the Oilers to make the playoffs.

Mac T HAS to be shopping as we speak for a 2nd line center.  Even just a place filler like Josh Bailey, anything you can do to make sure Draisaitl has a season where he is sheltered and can get his feet wet.  I thought Arcobello would be that guy because he far outplayed Sam Gagner last season, but he has been awful in the preseason so the jury is out on weather he can stick with the team let alone be the 2nd line center for a season.

Another guy I want to touch on is Teddy Purcell.  Without a doubt the fans are going to hate this guy.  He doesn’t hit anyone.  But you have to accept him for what he is.  He is a guy with a lot of size and skill and looks to use his size to protect the puck and play an intelligent game.  If he was 6’0, 198 this would be accpetable in Edmonton.  But he’s 6’3, 198 and so the fans around here expect him to truck guys from time to time.

The big X factor on the club is Ryan Nugent-Hopkins.  I’m as sweet on Nuge as anyone, but he has no excuse this season.  He’s up to 190 pounds, he’s a year removed from reconstructive shoulder surgery, and he’s 21 years old.  He’s ready to become a legit 1st line center.  Now, if he doesn’t become one this season, it’s not the end of the world.

But he needs to take the next step.  70 points would be a great step, also continuing to develop his 200 foot game, and 42.4% in the dot is flat out embarrassing.  That might be the biggest number, in my mind for this team to have ANY shot at the playoffs, Nuge needs to get his performance in the dot up to 47 or 48%.  At least.  Because they want to play a puck possession game and that of course starts with winning faceoffs.  When you’re bad defensively, you don’t want to be chasing the puck all night.

We know what Hall is going to give them, what Eberle is going to give them, most people agree that Yakupov is going to be a lot better this season but I don’t know if he has the hockey sense to be a dominant scorer in this league.  With all 3 of these guys, it’s the 200 foot game that drastically has to change.  They have to quit leaving their zone so early EVERY SINGLE TIME.  I don’t care how old you are, how can you not understand the concept of wanting to get the puck back?  It is as selfish of hockey as it gets the way most of these forwards played last season.

So I like this team A LOT better than the one that entered last season.  The kids really don’t have an excuse now.  The goaltending might not steal many, but they likely won’t cost them games like it did to begin last season.  The D isn’t star studded, but the mix is much better.  And they now have depth and size up front.

A great start would be huge and they at least have a chance to do that this season.  Last year, I believe it was 14 of the first 19 games were on the road.  And they actually played well to start the season, but they not only weren’t getting stops but they weren’t getting ANY bounces either that discouraged the team.  If they start hot, it would go a long way to competing for a playoff spot and I think they will be in the hunt most of the season.  They won’t get in, but I expect them to stay in it until late March/early April.