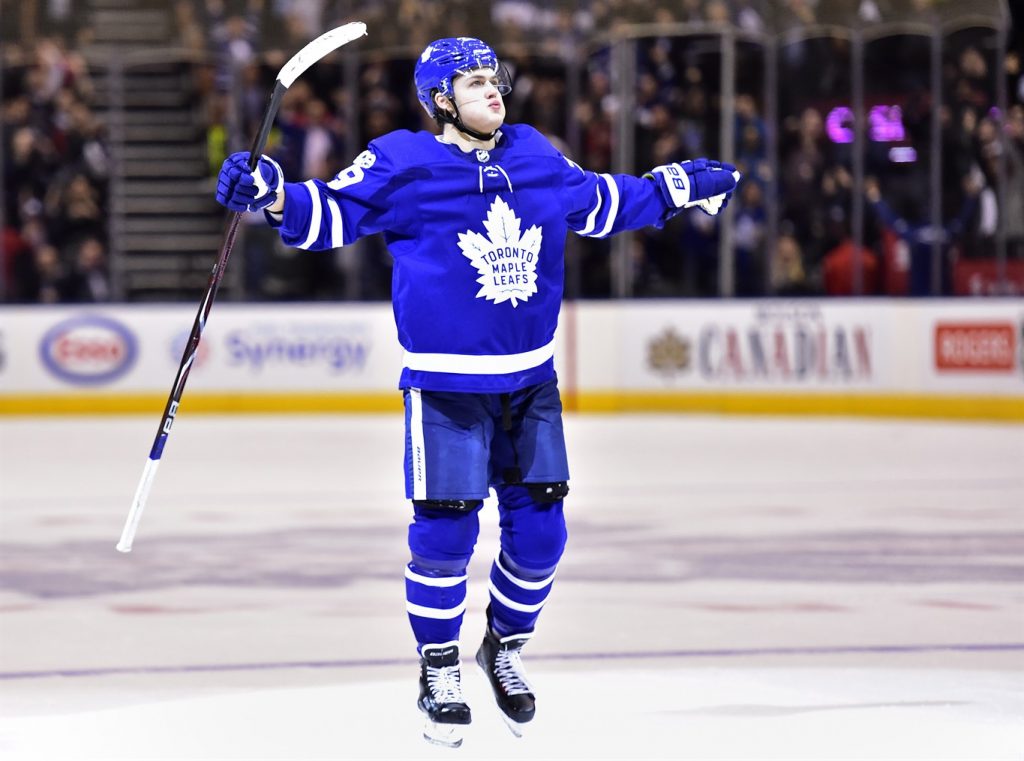 It’s been a few weeks I’ve gotten to a Hot Takes piece.  Also been a few weeks since I got to a Soups on HOCKEY podcast.  Little busy, little sick, little too much Oilers news has taken away from both.  But now, I’m back.  In pog form.  And there is PLENTY to talk about.  Of course as always I will get to the Oilers, but I have a lot to cover here.  I’ll start off with the somewhat significant trade last night.

The Coyotes get Nick Schmaltz, the Hawks get Dylan Strome and Brendan Perlini.  So I wasn’t the biggest fan of any of these guys when they were drafted.  Schmaltz was considered highly skilled but highly lazy, Perlini was considered a word than rhymes with mussy, and Strome wasn’t labelled anything but real good but I always felt he was front runner.  I’ll never forget when he won the OHL scoring title going balls out on the final day of the OHL regular season to win it and then essentially no showing the playoffs.  So who wins the deal?  I’d say Arizona, though I get Chicago’s thinking.  They believe Strome in the same spot as Schmaltz can put up the same numbers, and then they add a top nine winger while doing the move.  Arizona is thinking “let’s shed these busts while they still have value and get a guy who can produce”.  It’s very much so “hockey guy” thinking vs “analytic” thinking.  Schmaltz probably does have character issues, but the Coyotes don’t care about that, just give them the 50 points.  Always makes me cringe because while character and grit can get overrated by old school thinkers, it’s probably more vital than analytics guys will have you believe.

How bout them Buffalo Sabres!!!  I didn’t see this coming this season.  Didn’t like the goaltending, figured Dahlin wasn’t ready for big minutes, didn’t have enough up front yet, but man they’re confidence just seems to be growing with every game.  A healthy blueline has helped a lot.  Zach Bogosian is a guy who has been really overlooked in his career.  He never became what he was expected to be, but man injuries really set him back.  When healthy he’s been a solid 2nd pairing guy.  Having guys like Bogosian and Jake McCabe, Kyle Okposo all healthy this season has been huge.  Just having guys you can depend on for certain roles is so massive for a team and they’re getting that.  16-6-2.  And the best thing is that market has deserved this.  One of the best US markets who now have two superstar talents to watch every night.  I don’t know if they’ll keep THIS going, but they definitely appear as though they’ve turned a corner.

The Sabres have a Nylander in the system who actually is playing, but the Leafs Nylander will be back playing soon.

They’re getting Willie Nylander back and I feel dumb that I ever bought the trade speculation.  Nobody will believe me at this point, but the more I thought about it the more I kept saying “the Leafs really aren’t under the gun here, just Nylander is because they will still have his rights to deal.  He’s still a big trade chip for them if he doesn’t sign.”  I still won’t be shocked if they do trade him this season, but they’re going to sign him for the time being.  Don’t sleep on the fact though that the Leafs have other assets to deal.  The system is solid, and they don’t need STUDS, just solid defenders.  If they’re serious about making a run at a Cup this season, I expect two or three pretty big moves to get them the pieces they need.  The hype has died down on them, and yet to me it should be going through the roof right now because they’re maintaining an elite level of play without Matthews and Nylander.

I’m going to say it again, I’m not really getting it with the Flames.  That’s not to say they suck, but I’m just doing simple math on them.  The blueline is much weaker this season, and the depth that they brought in which was supposed to be their key this season hasn’t really done much.  Neal has been a disaster thus far (I don’t buy it’ll continue like THIS, but to this point he’s been brutal), and Czarnik is what he’s been throughout his career.  So Lindholm is replacing Ferland’s offence, an upgrade of a 4th line centre in Ryan, but what else?  I know they’re good, but I keep hearing these things from the media as to why their going so well and I really just think it’s the same old things.  Monahan, Gaudreau, Giordano, Tkachuk, and great goaltending although not the same goaltender.  I’m interested to see if they can maintain the level they’ve been at lately.  We see these kind of wild flashes from this team a lot.  And that’s what this recent run has been is a little too wild.  They were TERRIBLE against the Oilers for nearly 40 minutes, and then world beaters in the 3rd, blitzed both the Golden Knights and Jets, shutout by the Golden Knights, and then blitzed the Coyotes.  They seem to be either sky high or extremely low.  They’ll be interesting to watch moving forward.  I think they are really good (despite how much I still get annoyed with the national love in for them), but as I say we’ve seen this script a lot with this group.

Ok, the Oilers.  Well I’ve beat it to death this week.  Had the piece Tuesday morning about how shocked I was McLellan hadn’t been fired, and then he got fired a little over an hour later, and I’ve laid out why I really like the Hitchcock hiring.  But now back to business and what needs to be done.  Just when you thought the path to 3rd in the Pacific was an easy road as long as you got it on track, the Ducks are going good and the Golden Knights are starting to get their false bravado back.  And while I don’t get the love in for the Coyotes, the Oilers have to actually separate from them before I can write them off.  The Canucks have fallen back here so it looks like it’s going to be a mess of a fight between average teams from now until the end of the season.  Point being here, the Oilers to get it going.  That was a dog shit effort in LA last night.  Dog shit.  They looked like a team who had the two points already written down before they took the ice.  Pathetic.  I keep seeing these opportunities on the schedule for them to gain some ground or pull away from teams and they don’t step on the gas and just piss away points.  5-4-1 against teams I had in the top 8 with my October power rankings, and yet they get one point against the Flames, Golden Knights, Ducks and Kings.  Just horrible and unacceptable.  I’m sick of hearing about how they “have nothing” when they’re hanging in with or beating the top teams.  They will rarely ever out work a team that’s below them or on par with them in the standings.  I don’t know why they’re so entitled.  I do know that they now have a coach who’ll really get after them for shit like that, but it’s infuriating.  They’ve captured 3 of their last 20 points.  If they weren’t in the Pacific this season would be over already.  I really believe Hitch is going to get them going and they’ll end up 3rd in the Pacific, but they were looking at potential for six straight wins after beating San Jose, and they’ve lost two in a row since.  It just couldn’t be more frustrating, but the fact is they’re due for a little run that will put them in that 3rd spot, and then it’ll be a matter of keeping it.

I don’t know what Hitch is going to do with the lines, but to me it’s becoming more and more obvious that McDavid should have Chiasson on one wing, and for the time being Caggiula but once back I’d have Rieder there.  It just goes back to needing to find guys who’ll be able to elevate with McDavid and allowing Draisaitl and Nuge to possibly create on a 2nd line.  Maybe a 2nd line of Nuge with Draisaitl and Puljujarvi eventually?  He badly needs to find a way to create at least a LITTLE depth.  But when a guy like McDavid wants to get his 12.5 per, that’s fine, he deserves more than that, and I’m not saying for a second Chiarelli has done even a decent job surrounding him with talent, but they need to find him guys he can elevate.  I don’t want to hear about how you need to get him a winger.  If their PP is top 10-5, nobody is saying a word about that.  Sid won a damn Cup with two rookie grinders on his wings, and even when he won his first one he had Kunitz (a 2nd line winger on any other team at the time) and a well past his prime Bill Guerin.  Sid has NEVER had the big time winger.  I’m not calling out McDavid or anything along those lines, but he needs to carry his own line and elevate guys and they need to give Draisaitl the offensive support five on five.

Call me nuts, but I feel like there is a lot of potential now for the Oilers and Blues to make a big trade.  I know talking today it would sound outlandish, but I wonder about Tarasenko?  I mentioned the Parayko the other day and really stand by that, but Friedman has mentioned lately that the Blues aren’t real happy with him.  It would largely depend on if the Blues wanted to blow things up.  If they did, then the Oilers have the prospects and picks to make something work if the Blues were taking back salary.  Remember how Tarasenko was going to just explode once he got out from under Hitch….Chances anything happens?  Slim to none.  I’m not going to blow sunshine up anyone’s ass and get them thinking that the Blues are just magically going to give the Oilers a couple players they could desperately use.  But if I was to put money on one team the Oilers could swing a big trade with for a big time player, I’d say the Blues.