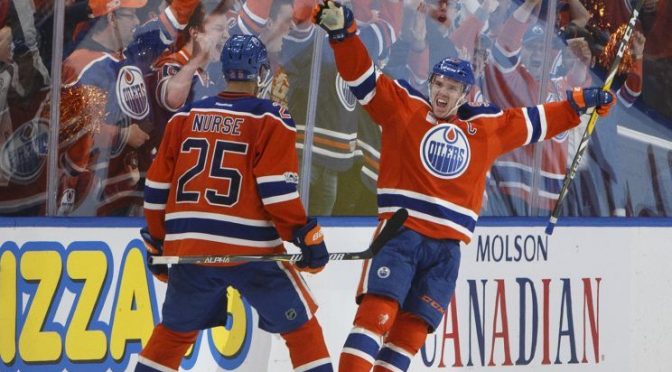 Do you have tickets to the Boundary Battle of Alberta yet?  I know the first game sold old in just hours, but I told you a few weeks ago that they added a 2nd game and as of writing this, tickets are still available at just $25 bucks a ticket.  And thus far it’s a solid list of names on both sides, with more to come.  For me, this week’s additions were the most exciting thus far as I’m a MASSIVE fan of both Brian McGratton and big Georges Laraque!  Probably the two best heavyweights in the league from 06-09.  If we could get Georges and McGratt’s to throw down, that would be GREATLY appreciated!  I’m not asking them to do it, just if they feel like it I wouldn’t hate it…The game is going to be a great, but the big thing for me is the proceeds going towards project sunrise, a mental health initiative and anyone who knows me likely knows that’s something that really hits home for me having dealt with mental health issues as I’m sure most of you (if not all) have as well.  I have no problem talking about my problems, but many do.  We need to do what we can to end that.  So my suggestion is to get some tickets to the noon game.  It’s affordable, it’ll be a blast and it’s going towards a great cause so how can you go wrong?!  Tickets available at Boundary Ford in Lloydminster. 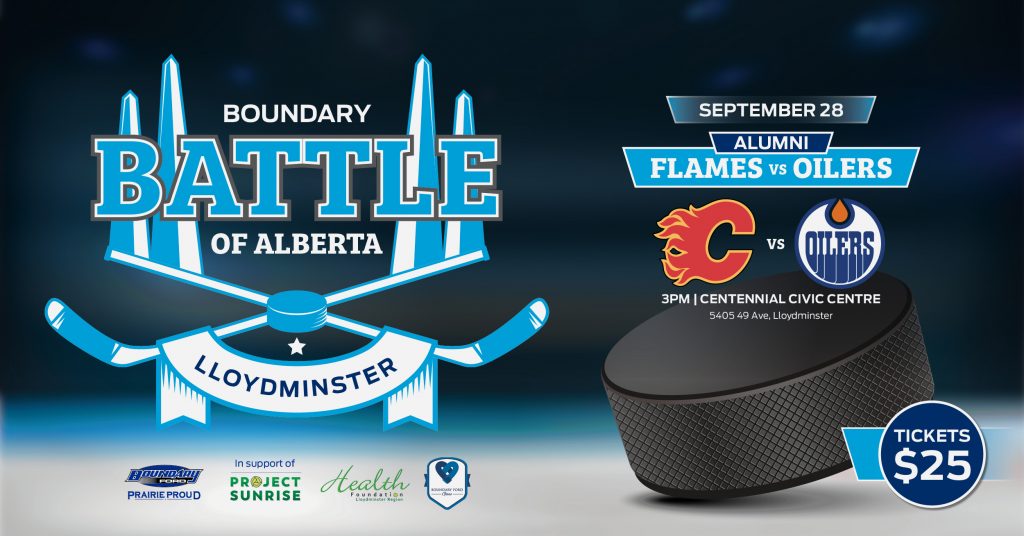 If you’ve been reading my stuff this summer then you know that I do not believe that the Oilers are making the playoffs.  I’ll say it again, this is a one year rebuild.  That doesn’t mean that they’re looking to tank the season at all, but it just means that the focus from management is on the following seasons much more than this one.

We know what they’ll get from a lot of players assuming they remain healthy.  We know McDavid will be amazing, we know Draisaitl even in a poor season is still capable of being terrific, Nugent-Hopkins, Klefbom, Nurse, etc. we pretty much know what those guys are going to bring to the table.  But if they’re actually going to make a run to the playoffs this season, it is pretty vital that they max out on what they have on these six players.

He’s not the tire fire most fans think of him as…not yet anyway.  The issues with the glove to me was MUCH more mental than it was physical.  That doesn’t appear to me to be something that can’t be overcome.  And if he does overcome it, where is the weakness?  Koskinen given proper rest this season, not to mention being prepared both mentally and physically for more of a grind, could produce some real nice numbers.  If the Oilers are to make the playoffs, a large part of it rides on him giving the team at least a .915 Sv%.  Don’t get me wrong, the easy thing to say on Koskinen is that the league started to figure him out.  I was guarding against that when he was rolling early.  But it’s at least possible to suggest that when he first started to struggle it was because of the injuries on the blueline (Klefbom and Russell, not to mention Sekera), and by the time that blueline got healthy he was getting more and more fatigued.  With a healthy blueline, and before getting run into the ground, Koskinen had a .927 Sv%.  I’m not going to suggest that’s who he is, but most people want to point to the disgusting decision made on him and say he’s awful.  Don’t confuse the decision/contract with the goaltender.  And while it’s unlikely he’s a .920 or better goaltender, there is some evidence that suggests he could be.

Obviously, I could have just said the goaltending in general.  But I get paid by the word…(I don’t get paid…well, actually I in a way do on this one, but not by the word).  Bruce McCurdy from the Edmonton Journal brought this to my attention on Twitter the other day that while Smith had a rough season last year, post All-Star break he was actually pretty decent with a .912 Sv% and a 2.28 G.A.A. in 17 games.  Can he do that for 35-40 games this season?  If he can, it’d make his contract well worthwhile.

The more I’m giving this thought, the more I like Cooper Marody’s chances to make the team with a good camp.  That 3rd line centre spot is his for the taking.  If he’s ready, he’s the perfect fit for the role being a RH shot who can really dish the puck and is willing to play a complete game.  Some might say Gaetan Haas is penciled in for the role, but I personally see him as the 4th line centre, with Brodziak going to Bakersfield (or going on LTIR as I was told the other day that his back is essentially done).  Jujhar Kaira has an outside chance of filling the role, so does Sam Gagner.  But for me, the 3rd line centre role is Marody’s job to lose.  Not only could thrive given softer minutes as I’m sure he would see playing behind McDavid and Nugent-Hopkins, but he’s a real weapon on either PP unit with his vision.

This one might have been at the top of the list for a lot of people.  Not that I’m really ranking them, but I actually believe in Neal’s ability to rebound to form, or close to it anyway.  To me, if we’re talking about the Oilers making the playoffs, 25 goals is a must from Neal.  But again, I don’t see it as that far fetched.  He’s more talented than Patty Maroon was in 2017 who netted 27 in what will likely be the same role for Neal.  And Neal has a much better shot than Maroon has or had.

I can’t stress enough that you remember the pedigree this kid had going into his draft year and the injury issues began.  This is not your normal 2nd round pick who has a year under his belt playing in the AHL.  Benson is the type of talent where had he been healthy, even just in 16-17, that he may not have even seen the AHL.  He has two completely healthy campaign’s under his belt, and he’s looked like the potential top-six winger he looked since Bantam.  The scary predicament for the team here however is having both Benson and Marody in the lineup.  Ideally, you break in one before bringing in the other.  But for the Oilers to make the playoffs, it might be a case where both players are going to be required to make the lineup.  This whole time I’ve been saying that Benson should be broke in on the 3rd line, but if Marody ends up as the 3C, I’d probably want Benson on another line.  Most would say horse shit to that and they’d love Benson and Marody together because of how they performed together last season.  It’s a fair point, but I personally don’t like playing rookies together, and neither are great skaters so I’d want some speed on both their lines.  With that all said, you aren’t going to start Benson on the 4th line with very limited minutes.  So then the ideal spot is on the 2nd line with Nugent-Hopkins.  I believe he’s very capable of filling that role, but it is a lot bigger ask than getting softer minutes on the 3rd line would be.

I cheated a little here, because this is not one player, but one position where they’ll need one of three candidates to be able to handle.  Right now, the 2nd pairing RD is Kris Russell.  Russell falls into the category of “know what you’re getting”.  What we know we’re getting from Russell isn’t a top-four defenceman.  Matt Benning MIGHT have the ability to play in someone’s top four, but he and Nurse were pretty awful together when given that opportunity last season.  So that leaves the candidates for the role being Joel Persson, Ethan Bear, and Evan Bouchard.  The problem is that it is very likely too much to ask of one of these players to step in and be legitimate top-four defencemen, but all of them fit much better with Darnell Nurse on the second pair as they all move the puck much better than Russell.  Persson is likely the top candidate for the role as he is the most experienced in pro hockey of the three (of course this is his first in North America).  Bear has everything except he is the weakest skater of the three.  Bouchard is the most talented, but he’d have to absolutely kill it in camp to even get a look for me as I would pretty badly want him to spend most of the season in Bakersfield.  Very unlikely one of these three can emerge as a top-four guy this season, but if one of them could it would be a MASSIVE lift for the blueline.

I’ll add one crazy idea to this before I’m done, which is moving Nurse to the top pairing with Klefbom.  @WheatNOil on Twitter brought this up a few months back suggesting that Nurse’s game could possibly lend itself to switching sides as his game wouldn’t be near as hindered as an exceptional puck-mover would be playing their off-side.  And with how Klefbom can move the puck, I could see them really meshing well together.  That would allow Larsson to move to the 2nd pair possibly with Caleb Jones, whom it isn’t ideal for him either to start out in a top-four role, but being the most talented and most ready of the D-men ready to step in this season, and believing that Jones and Larsson might really mesh together, perhaps that’s the move.  I think it’s really unlikely the coaching staff would look at Nurse on the top pairing with Klefbom, but it’s something worth exploring given the current situation on the blueline.

If all six of these things happen for the Oilers, they won’t make the playoffs, they’ll comfortably make the playoffs.  That has about a 2% chance of happening.  They do need most of it to happen though, especially the goaltending.  Do not hold your breath on this team making the playoffs.  But, it is possible.