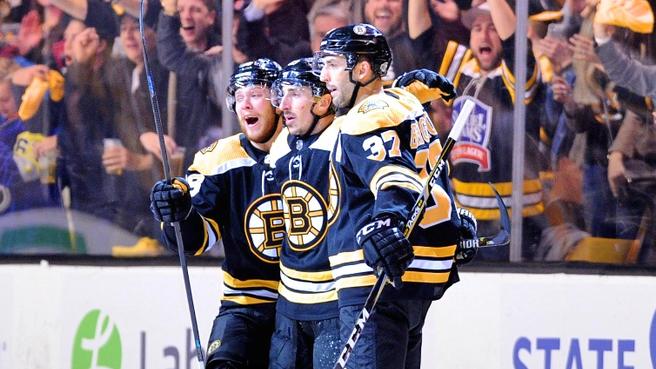 Power rankings.  They’re the WORST.  But here are mine.  Started doing these last year (although I didn’t have the time to do them all season as I had planned), and my method is different than simply ranking who the hot teams are in the moment.  That is pointless.  I try to look at where teams are in terms of being contenders, and at the bottom of the list (or top in this case because it descends) I shift my focus away from how well the teams are doing and more towards where they are as an organization.  For example, you won’t see Ottawa in the 31st spot because their rebuild is further along than other teams.

Ok, so with that awful intro out of the way, here are my rankings:

For me, they’re the worst because the rebuild hasn’t even been able to start until they can clear out some of the bad deals like Quick, Brown and Carter.  So are they the worst team in the league?  Maybe not, but they’re in the worst situation.

The one thing I like for the Wild is that once Billy Guerin is able to rebuild this roster, he’ll have some real good D-men locked up to help things along.

Not much to say here, but at least the worst is over for this organization.  Bad now, but they have a ton of talent throughout the organization and might end up with two lottery picks this draft.

I really thought they found something in the 2nd half last season and were going to be able to build on that.  But it simply hasn’t happened.

They work their asses off, but it just looks like they severely lack talent at the moment.  They’re in no man’s land, and I would guess Jarmo Kekelainen decides to sell this deadline to get the train back on the tracks.

Let this be a lesson to those who are fans of rebuilds: Just because you have drafted well and stockpiled the talent, doesn’t mean it’s ready to win.  This team got BADLY overhyped entering the season.  I overrated them too, but not anywhere near what some did.

Please don’t tell me they’re ruining ANOTHER goalie!!  Although, maybe Ken Holland can turn Carter Hart into his Sergei Bobrovsky?…

Maybe the most goaltender reliant team in the league right now.  John Gibson has a .920 Sv% right now, it looks as though he’ll have to be better than that to get them into a playoff spot.  But the scary thing is that he’s capable of doing so.

My fellow Oilers fans will be screaming at me right now and calling me a Frank Seravalli wannabe.  But it’s not an indictment on the team, it’s just that they haven’t had a chance to truly prove it yet.  November’s schedule is MUCH tougher than what they faced in October.

Like the Sharks, I believe the Stars are eventually going to get things going.  But they have holes.  Still not too deep up front, and while they have some real good young D-men, Sekera isn’t a number four anymore which is where they have him.

The news just keeps getting worse for the Jets with Byfuglien (if he even had plans of returning) now for sure out for four months.  Cheveldayoff has to bring in a quality D-man to help out his squad.

Right about where I expected them to be and expect them to be all season.  Quality club, battling for a playoff spot, 50/50 whether or not they can get in.

I don’t buy them, but I should one of these days because once again Barry Trotz is making chicken salad out of chicken shit.

Still too early for me to trust them any more than this.  That goaltending just hasn’t ever proven anything.  But still, great start, and I do believe they’re much improved.

There is nothing flashy about the Coyotes.  But they have built a team with quality all over the roster.  They’re going to be a bitch to handle all season.

I’m a believer in the Canucks.  The kids look great, they’re insulated with a lot of players capable of playing the tough minutes, and the goaltending looks fantastic.

It’s concerning that they’ve done so much of their damage in OT thus far.  6 of their 13 games so far have gone to OT.  Having said this, I believe they have all the pieces in place to jump into the top 10 on my list.

I had this ranking before last night.  This team is about to take off now.  Top team in the Pacific by the end of November, guaranteed.  They ride momentum better than any team I’ve ever seen.

Just outside of true contender status, but the depth they’ve acquired is noticeable, and the loss of Tyson Barrie hasn’t been thus far.

Without Malkin they’ve played outstanding.  Tomorrow, he returns (just in time to play the Oilers…lovely…).

To me, they remain a team that is a true Cup contender, but all of a sudden I’m fearing for them.  The Toronto media really seems to be turning on them as they like to do, and it remains to be seen how this group will handle that kind of adversity.

Maybe the best run organization in the league right now, at least when it comes to amassing talent.  Question will be whether or not they have the goaltending.

I’m not the biggest Vladdy Tarasenko guy, but they are definitely going to miss him for the next five months.  Brutal blow, but still a great team.

They just keep on keeping on.  John Carlson, not a bad month…

I still don’t like this blueline, but they somehow make due with what they have.  No other big concerns though.

Awful loss in OT last night, but still look like they have all the pieces in place to compete for the Cup.

I really don’t give a damn how they’ve started, they still have the most talented roster in the league.

Look as though they’re primed for another deep run come this spring.