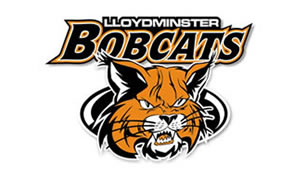 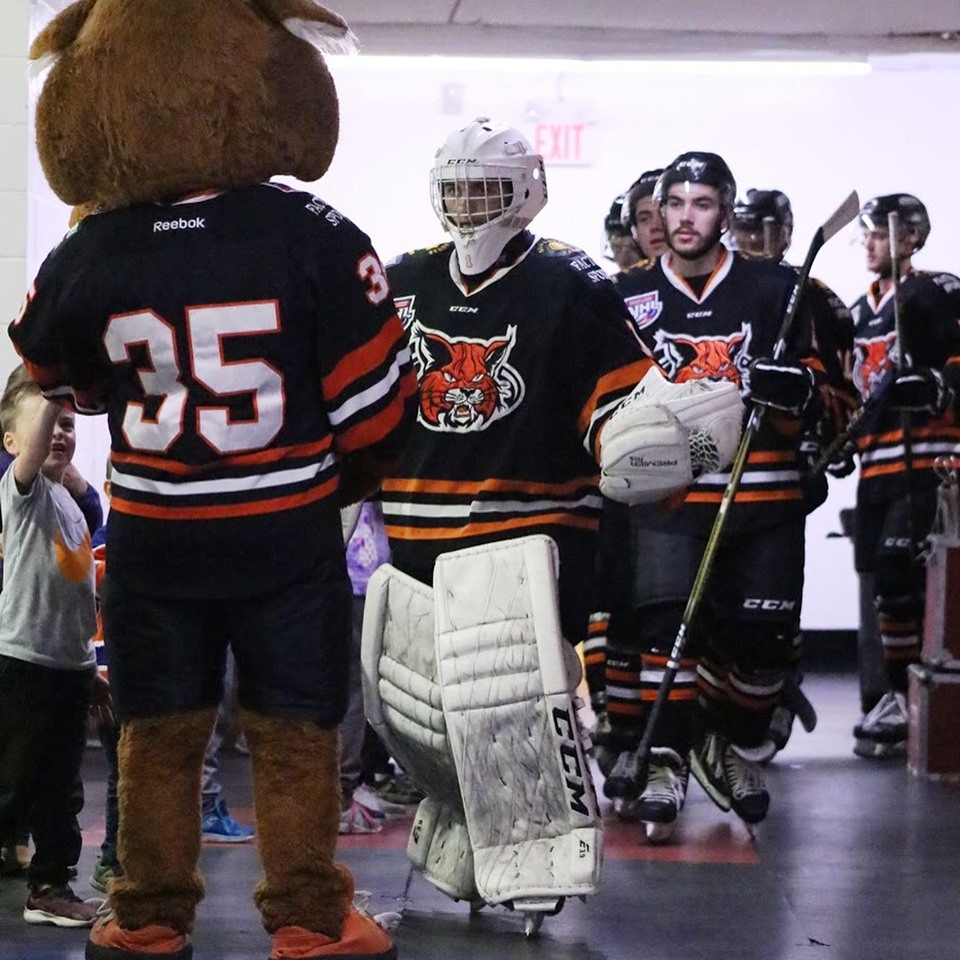 The Lloydminster Bobcats wrapped up their pre-season in style on Saturday night with a 3-0 victory over the defending SJHL champion North Battleford North Stars.  The Bobcats were firing on all cylinders as they went a perfect 4 for 4 on the penalty kill, clicked on their first power play of the game, put 35 shots on goal, played very solid in their own zone, and if that weren’t enough they got a terrific performance from netminder Garrett Larsen who went the full 60 minutes between the pipes, earning a 36 save shutout.

Tyler Schendel opened the scoring on the power play midway through the first as he fired a one-timer home off a beautiful feed by Tanner Mack.  The Cats extended their lead late in the 2nd as defencemen Gunner Kinniburgh took a hit to make a nice neutral zone pass to Alex Danis who then proceeded to do the rest as he gained the zone, toe dragged the defenceman and put home a pretty backhand from the slot.  The setups by both Mack and Kinniburgh were nice plays, but they wouldn’t have been the “Soups on Hockey feed of the night”…if there were such a thing.  No, that would have gone to Ty Mosimann as he walked into the slot on his backhand and showed off the eyes he has in the back of his head as he dropped the puck to Kris Bladen who had an easy tap in for the third and final goal of the night.

As well as everyone played however, the star of the game was Larsen.  The native of Waukesha, Wisconsin was brilliant.  He was square to every shot, moving fluently, tracking the puck extremely well, the North Stars just couldn’t find a hole all night long.  Larsen also loves to play the puck, and when he needs to he has more than enough athleticism to come up with a five star save.  The kid is a lot of fun to watch play.

Bobcats head coach Nigel Dube was very happy with what he saw from his club.  “I thought we played a strong 60, I think the biggest thing for us is that I thought we had energy and played with emotion right from the puck drop and seeing the brotherhood between the group out there was a big part of it.  All around I was very pleased with the effort tonight.”  With this game putting an end to the pre-season, I asked Dube for his thoughts on how training camp went and if there were any pleasant surprises from either a team or individual standpoint.  “I think the quick connection that our guys had off the ice and just being a good team from day one with a lot of turnovers as we only have five guys back from last year and that was the big thing is how are the guys going to mesh together and I think that’s been a pleasant surprise as how that’s happened.  I don’t think I could pick out one or two guys, but just the pleasant surprise overall by our efforts from our guys on a day to day basis who may not be used to that junior schedule.”  Of course, the focus now moves to the regular season, and the Cats will open with a home and home set against what is expected to be one of the top teams in the AJHL North, the Sherwood Park Crusaders.  “It’ll be a good test for our guys.  I’m excited for it.  All the praise is going to them right now and for us to be able to go in there and see where we’re at, I think that’s the big thing.  And the exciting part is that they count now.”

That is the exciting part.  Friday night against Michael Benning and the Crusaders.  That game can be seen on Hockey TV at 7PM, with Crusaders play by play man Brendan Escott on the call.  Then Saturday is the Bobcats home opener with the Crusaders coming to town.  If by chance you can’t make it down to the Centennial Civic Centre that night, make sure you check out the broadcast on Hockey TV with Shane Tomayer and myself on the call.  Puck drop is at 7:30.