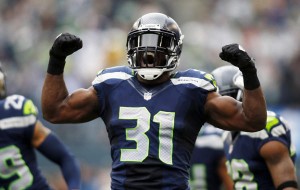 “They found a way to win the game” or “they find ways to win”.  Whichever way you say it doesn’t matter, but man alive this might be the most ridiculous cliche in sports.  Because what you’re essentially saying is that “I don’t know how they won, but it must have been because they’re better because the winning team is always better”.  Are there not people in life who are ahead of you despite not working as hard and having less talent?  Guaranteed there are.  So why is it that this is impossible to happen in sports?

It’s not.  The fact is that the better team doesn’t ALWAYS win.  But when that happens, people who don’t want to admit that roll with “they found a way to win”.  Story of the Calgary Flames season really.

But I don’t know if that’s what we saw in Seattle yesterday.  I do think the Packers gave the Seahawks the game.  But the Seahawks incredible D kept giving them hope.  The Packers couldn’t finish drives, couldn’t deliver the knock out blow.  And if you give Russell Wilson enough chances, he’s going to figure it out no matter how great your D is playing.

No doubt, they literally needed a bounce on the onside kick, and people can point the finger and Brandon Bostick all they want.  But it isn’t as if onside kicks don’t ever work and the Seahawks had one work for them at the right time.

What I really believe happened above all else is that the Seahawks right now have going for them right now is the intimidation factor.  They are in teams heads because they have been so good for 3 seasons now that even if they play poorly like they were on offense yesterday, teams have that fear.  “Don’t f*** up, don’t f*** up, don’t f*** up”, and what do you do?  You f*** up.

I wrote about this after the 2014 World Juniors.  That’s what was going on with the Canadian World Junior teams after they collapsed in the 2011 Gold medal game.  They were choking in all the big moments, and frankly nearly did it again this year!  Nobody feared them, like they did from 2005-2009.  In those years, they were getting all the breaks in the big moments.  They had composure from having won so much, and their opponents were telling themselves “don’t f*** up” or “He испортить” in Russian, “Jävlas inte upp” in Swedish, “Älä sotkea” in Finnish, and “Neser se” in Czech.

This is where it is at with the Seahawks right now, and it quite honestly makes for incredibly compelling football.  And now we get the big matchup.  The last guy to knock off so to speak.  Tom Brady, Bill Belichick and the New England Patriots who really won’t be intimidated at all by the Seahawks D.  This will be the ultimate test for Seattle, and it comes on the biggest stage.

Are they one of the all time best teams and in line to be a dynasty?  We are going to find out.  From a betting standpoint I’m going to assume the Pats open as 1.5-2 point favorites.  As I’m typing this it’s Sunday night, 7:19 and the Pats have just gone up 38-7 so coming off a blowout win and the Seahawks coming off a game where people will debate whether or not they were the better team, the Pats will open as the favorites.  All I know is you couldn’t get a closer matchup.  Pretty damn sexy Super Bowl, excuse me if I overlook the NHL all-star and Pro Bowl games next weekend getting hyped for this.