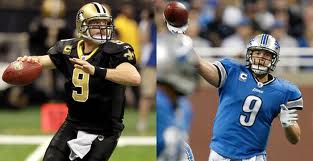 Better late than never, although since I’m still in the process getting this website finished beyond what it is and getting the podcast going it really doesn’t make a difference.  If people are actually out there using these I apologize…although it’s likely saving you money.  I was 2-3 the last 2 weeks I made my picks, only 3-2 the other week.  If you are actually using these once again I ask that you don’t bet what you don’t have.  Also, Tebow is about as real as the tooth fairy or the Easter Bunny.

I’m stunned the Bengals are 4 point dogs.  This might end up being a decent game, but make no mistake that the teams that will take the field are not worthy of the playoffs.  Houston would be but for just about the entire 2nd half of the season they played without there 3 top players.  T.J. Yates has come back down to earth the last few weeks, and the word is that Jake Delhomme is going to be very ready to step in.  The Bengals are young, and the Houston defense might give Andy Dalton fits, but at worse I see the Bengals keeping this within 3 points.  I think the Bengals will win outright, but you just play it smart and take the points.

It’s just too many points.  Could I see the Saints blowing out the Lions?  Yes.  The Lions are inexperienced, while the Saints are dominant at home.  But the Lions have gone under the radar the last few weeks with how good they’ve been playing.  They will come into New Orleans with absolutely nothing to lose, a swager, they played ok down there a month ago, they SHOULD keep this close.  Like I say, it’s just too many points to give up.

Everyone seems to be leaning towards the G men.  I was leaning that way earlier in the week and believe they have the home field, better pass rush, and better QB.  But Atlanta has a better run game which could be huge in this game.  Supposed to be brutal weather for this game, and in bad weather games we all know the game plan is to run the ball.  Turner could torch the Giants defense.  Also, the Giants more than any team in the league let you down just when you think they’re going to turn it on.  The Falcons have been building towards the playoffs all season.  They’ve done 13-3 and the #1 seed before.  This group is 0-2 in playoff games.  They got something to prove.

Soups pick: If you don’t know what it will be you don’t read my blogs…

I guess I should point out that the Steelers are 9 point favorite’s and will win this game by more than that.  I heard some analysts say today they think the Steelers could shut them out.  They COULD, but they won’t.  Timmy will do something significant.  He won’t be as bad as he’s been in the last few weeks.  But make no mistake, he will get eaten alive by the Steelers.  And I would bet good money Tomlin and the Steelers coaching staff has been looking at Broncos film for quite a few weeks now because the Broncos were really the only team they could be playing on THIS weekend.  It was going to be the Broncos or a bye (although the Broncos did all they could to make sure the Steelers played the Raiders).  I see this being about a 27-10 game.  Roethlisberger isn’t 100% but he plays his best this time of year and with no Brian Dawkins, Von Miller not at 100%, it won’t be as difficult for Big Ben as some might think.  Take the 9 points.