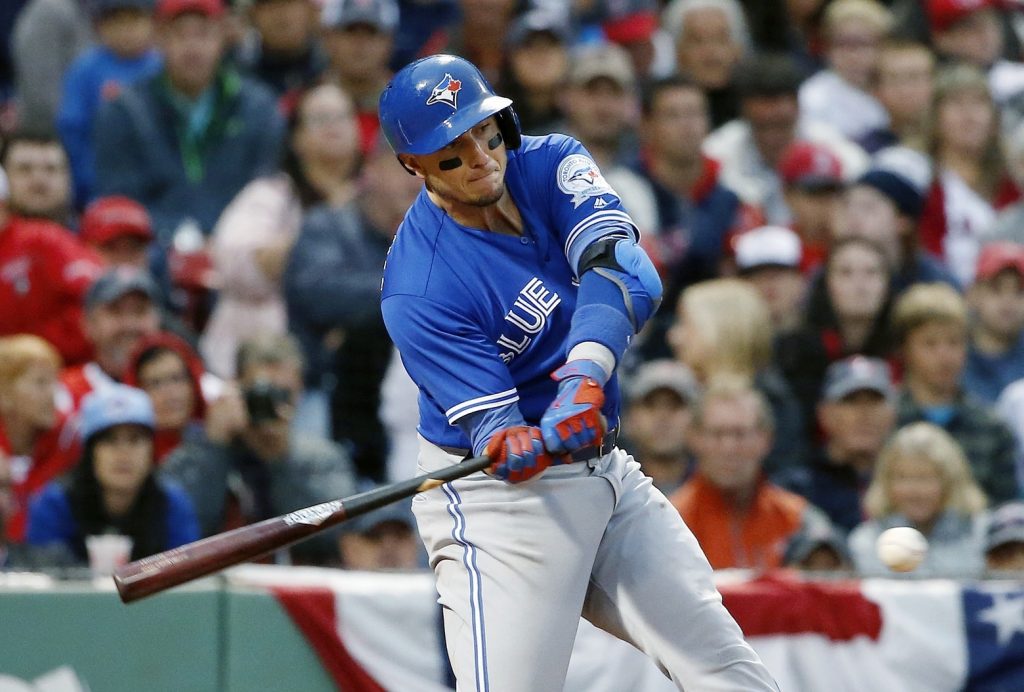 I’ve got a miserable cold right now.  It doesn’t prevent me from doing anything.  Not missing work, not avoiding doing my cardio workouts, not avoiding writing shit like this, so it really isn’t stopping me.  But man, it’s brutal and it won’t go away.  A few times it has felt like it was getting better, only to get a little worse.  Is that not how September was as a Jays fan?  What a convenient opening that is.  I can bitch and moan about my cold, and I could draw a parallel to the topic.  Just delightful.

If you’re a Jays fan, you literally begged for a September like this from 2001-2014.  “Let’s just be in it”.  Sometimes things seem a lot more fun than they actually are.

I’ll give them this: I’ve had trouble finding good narratives about the Jays in past seasons.  Even last year they were somewhat difficult to write about.  Not this season!  Cruised right into September and had a 2 game lead in the AL East at the start of the month, 4 games up on Baltimore.  Even though the standings were tight, they always looked like the most complete team in the division, maybe in the American League.  The offence hadn’t been what it was, but still elite.  Starting pitching was the best in the AL.  And the bullpen had been stabilized thanks to the Drew Storen/Joaquin Benoit swap.

This team definitely has the feel of a team running on fumes, both in terms of health and confidence.  Donaldson is playing hurt, Bautista is getting somewhat healthy but I’m sure isn’t 100%, Travis has been beat up, Martin is without a doubt hurting too.  They definitely stopped getting breaks too.  I don’t know what the stats say on this, but it’s felt like a lot well hit balls hadn’t been dropping of late.  The D hasn’t been near as air tight, and I have to believe that’s a result of the bats going cold forcing guys to press a little more.

It wasn’t pretty at all, but they’re in.  And there is something to be said about struggling a bit to get in.  But I’d counter that by saying teams that normally benefits are teams that get hot late, not teams that struggle to get in like the Jays have.  Not to be negative about it, just trying to be realistic.  One team that did so were the 2000 Yankees, but that was in the midst of a dynasty.

I wrote them off a few weeks ago after the horrendous performance against the Rays at home.  I didn’t say they wouldn’t get in, though I didn’t have much confidence they would, but figured they had no shot at advancing.  Now?  I’m not sure.  The more thought I give to the game tomorrow night, the more I find my confidence growing.

Their offence won’t give them shit, so we can stop waiting for that to happen.  And John Gibbons specifically needs to stop waiting for that to happen!  Enough leaning back in your chair and say “well, that’s just baseball” when asked why the bats aren’t producing.  No John, you need to understand that sometimes there are exceptions to the rule and need to ask Jose Bautista to lay down a bunt when you’re tied in the 8th inning of game 162 and needing a win.  I get that you wouldn’t dare to that in the bottom of the 4th against Minnesota in June, but you do it then.

But it’s not so much the bunting or lack there of which is the problem.  Everyone thinks they need to play small ball and bunt all the time.  That’s not really it.  More so, this lineup needs to ditch the “hero ball” mentality and just look to keep the line moving (and yes I know Tabler says that a lot and he’s annoying, but I don’t know what else to call it).  Patience.  Put a bat on the ball.  There are far too many great hitters in this lineup to be as piss poor as they’ve been lately.  Hitting in the postseason is like golfing in the U.S. Open.  You aren’t putting up four rounds of 63 at the U.S. Open.  Par is real good.  In the playoffs, you aren’t facing shitty pitching, so take what you can get.  That’s why teams that can mash and do nothing else virtually never win in the postseason.

But what really has my confidence growing is remembering that now that the playoffs are here (though it’s not really the playoffs yet, more so just game 163) the bullpen is getting a massive shot in the arm.  As of writing this it remains to be seen who gets the ball tomorrow night.  I’d think it’ll be Stroman, but it could be Liriano who has been real solid of late (thought the fact that he was in the pen yesterday probably means that’s where he’ll be), or it could be Estrada on just 3 days rest.  If it’s Estrada, it’ll be Estrada on a very short leash with the other two available.

I know Andrew Stoeten has tried to make the argument for Stroman to go to the pen and Liriano remain a starter for the playoffs, but I don’t see it that way.  Even without Benoit you still have Grilli, Biagini and of course Osuna you can rely on in the pen from the right side.  It is Cecil and nobody else from the left side if you don’t put Liriano down there.  Plus, as has been suggested by just about everyone, he could be lights out coming out of the pen.  It allows him to cut down on what he throws and exclusively use that slider.  That is a tremendous weapon to have.  Plus, I trust Stroman more.  Liriano has been good of late, but he’s had a poor season overall.

Either way though, being able to put a guy back there to put into Benoit’s spot is so huge.  Without Benoit they’ve been completely gassed the last few weeks which is why the pen blew so many games in that stretch.

This game very much so though is worrisome.  The O’s just took two of three against the Jays last week, with both Ubaldo Jiminez and Chris Tillman shutting them down.  Not the first time those two have locked down the Jays this season either.  And if it comes down to a battle of the bullpens, the Jays are in a ton of trouble.  Zach Britton is likely going to win the Cy Young award (not saying he should, but he likely will) and is unhittable this season.

But winning these last two games in Boston in the fashion they did does give some hope.  Those games weren’t vital to the Red Sox, but no doubt they felt the need to get those wins.  And I think it’s better for the Jays that they get the O’s than the Tigers.  As much as Tillman and Jiminez have shut them down of late, they would have had no shot against Justin Verlander.

They’ve stumbled to the finish line.  Will they regain their balance and go on a big run?  (how sexy would it be should they win tomorrow to see Jays v Rangers?!)  Or will they complete the stumble and fall flat on their faces?